Greetings to all. I am excited to be the first one to welcome you here. This is all about Linux. I hope your visit will be enjoyable as well as exciting.

Just a word about Linux and what it actually is. Linux is a Unix-like computer operating system assembled under the model of free and open source software development and distribution. The defining component of Linux is the Linux kernel, an operating system kernel first released on 5 October 1991, by Linus Torvalds. Because it considers Linux to be a variant of the GNU operating system, initiated in 1983 by Richard Stallman, the Free Software Foundation prefers the name GNU/Linux when referring to the operating system as a whole.

Linux was originally developed as a free operating system for Intel x86-based personal computers. It has since been ported to more computer hardware platforms than any other operating system. It is a leading operating system on servers and other big iron systems such as mainframe computers and supercomputers, more than 90% of today's 500 fastest supercomputers run some variant of Linux,including the 10 fastest. Linux also runs on embedded systems (devices where the operating system is typically built into the firmware and highly tailored to the system) such as mobile phones, tablet computers, network routers, building automation controls, televisions and video game consoles; the Android system in wide use on mobile devices is built on the Linux kernel.

The development of Linux is one of the most prominent examples of free and open source software collaboration: the underlying source code may be used, modified, and distributed—commercially or non-commercially—by anyone under licenses such as the GNU General Public License. Typically Linux is packaged in a format known as a Linux distribution for desktop and server use. Some popular mainstream Linux distributions include Debian (and its derivatives such as Ubuntu and Linux Mint), Fedora (and its derivatives such as the commercial Red Hat Enterprise Linux and its open equivalent CentOS), Mandriva/Mageia, openSUSE (and its commercial derivative SUSE Linux Enterprise Server), and Arch Linux. Linux distributions include the Linux kernel, supporting utilities and libraries and usually a large amount of application software to fulfill the distribution's intended use.

A distribution oriented toward desktop use will typically include the X Window System and an accompanying desktop environment such as GNOME or KDE Plasma. Some such distributions may include a less resource intensive desktop such as LXDE or Xfce for use on older or less powerful computers. A distribution intended to run as a server may omit all graphical environments from the standard install and instead include other software such as the Apache HTTP Server and an SSH server such as OpenSSH. Because Linux is freely redistributable, anyone may create a distribution for any intended use. Applications commonly used with desktop Linux systems include the Mozilla Firefox web browser, the LibreOffice office application suite, and the GIMP image editor.

So now that we have the idea and concept of what Linux is let us endeavor to research, test and review these different Distributions (also known as Distros).

Again, thank you for stopping by and checking out my site. Please come back frequently and if you have any questions or comments please use the contact page to make these known.


FREEDOM TO THE PEOPLE! 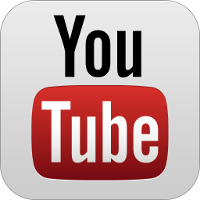 Youtube Mania!
Now the Fishman Loves Linux youtube channel has grown quite a bit since I started this website. I want to thank all of my viewers and supporters for being there and helping out the cause for spreading Linux world-wide.